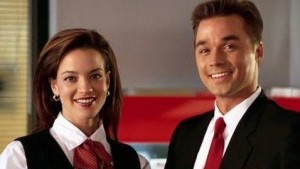 A press release from the United States Travel Association on Tuesday said that employees who begin careers in the travel industry typically earn higher wages, have better access to educational opportunities and have a better progression in their career. This information was determined by a study, the first of its kind, that analyzed over 30 years worth of longitudinal data. The data was acquired by the United States Bureau of Labor Statistics. The data was then analyzed by the United States Travel Association and Oxford Economics.

Roger Dow, the president and the CEO of the United States Travel Association, said the following in the press release:

“The data is conclusive: workers whose first job is in the travel industry progress further in their careers than individuals who get their start in other industries, and travel industry work experience helps Americans earn higher wages and attain an education. Travel jobs provide important, transferable skills that are indispensable to career success, and careers in travel deliver financial security with the majority of travel industry workers earning a middle-class income or higher.”

The report is called “Fast Forward: Travel Creates Opportunities and Launches Careers.” The report has data from the Bureau of Labor Statistics and case studies from the workforce on how travel jobs offer better benefits to employees and how careers advance in the industry over a period of time compared to careers in other industries. Over 5,000 employees were tracked by the Bureau of Labor Statistics. Those employees were interviewed each year from 1979 to 1994 and then every two years from 1994 to 2010.

The findings of the report include the following, directly from the press release:

“Earning Higher Wages: The average maximum salary for employees who start their career in the travel industry reaches $81,900 – significantly more than other industries.

Promoting Educational Opportunities: One-third of the 5.6 million Americans who are employed part time to support themselves while they further their education work in the travel industry. Among workers who began their careers in the travel industry, 33 percent earned at least a bachelor’s degree.

Leading to Rewarding Careers: Employees who work in travel jobs build valuable skills that can translate into rewarding careers, both in travel and other industries. Two out of five workers who start their careers in the travel industry go on to earn more than $100,000 per year.”

David Huether, the senior vice president for research and economics at the United States Travel Association, said, “In recent years, the travel industry has quietly emerged as one of America’s leading drivers of growth and job creation. Every dollar spent on travel has a ripple effect benefitting other sectors of the economy. In fact, the travel industry injects $1.9 trillion into the U.S. economy and supports 14.4 million jobs.”

Fed Changes Capital Standards of Banks to Prevent 2008 from Recurring
Let’s Get Social
Feel like getting in touch or staying up to date with our latest news and updates?
Related Posts
Latest In Work Relationships