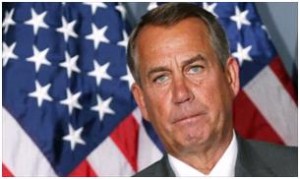 After a proposition to expand on the long-term unemployment benefits available in the United States, some concerns are being raised about what this could mean. It was John Boehner, a speaker for the U.S. House of Representatives, that believes this new extension for unemployment benefits is not going to work how it was originally expected, especially following a warning from a state officials group, according to The Raw Story.

That group is the National Association of State Workforce Agencies (NASWA). They wrote a letter to the senate after learning about this new long-term unemployment benefits plan, stating it might end up being too costly for some states and that those states would attempt to opt out of the plan.

According to the unemployment bill, there would be some requirements. Mark Henry, the president of the NASWA, believes the requirements would cause delays in implementing the program and that the administrative issues and costs would also be increased. He wrote this among other warnings and concerns in his letter sent to Mitch McConnell, Senate Republican, and Harry Reid, Senate Majority Leader.

The original long-term unemployment plan as proposed by the Senate would begin in the next few weeks. In the plan, it included additional extended benefits for unemployed individuals through May of 2014, retroactive to December 29, 2013. It would include weekly checks of $300 on average for the long-term unemployed workers in the U.S.

Boehner, who has not hidden his lack of interest in extended benefits for the unemployed, believes the letter he received from NASWA to be a cause for serious concern. He goes on to say that without the bill, Republicans are still looking for a fiscally responsible option for additional private sector jobs, but that this may not be possible with the new unemployment extension bill.

In a public statement, he said “There is no evidence that the bill being rammed through the Senate by Leader Reid meets that test, and according to these state directors, the bill is also simply unworkable.”

This new extension bill would cause $10 billion, offset by additional savings, including increased federal revenue from individual accompanies applying certain accounting procedures for pension contributions that could increase their company’ profit. Another provision includes one where no unemployment benefits would be issued to employees who earned $1 million or more in the previous year.

Henry is also the director of the Mississippi Department of Employment Security, and wanted to make sure the letter from the local workforce agencies were not necessarily saying they were against or for the extended unemployment benefits, but trying to point out possible difficulties and challenges with this new bill. Another issue might include not being able to verify if the beneficiaries met the proper requirements for benefits in the beginning of 2014.

Are you unemployed and looking for a job? Click here.