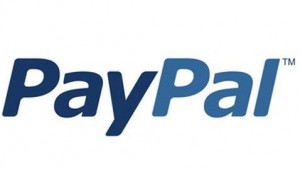 According to Bloomberg News EBay Inc. is planning to cut as close to 400 jobs at PayPal as possible. This equates to three percent of the entire workforce at PayPal. The cuts will be part of a reorganization effort by President David Marcus that involves trimming costs.

A person close to the plan, who spoke to Bloomberg anonymously, said that PayPal will be cutting jobs in the technology and product groups of the company. The source said that the cuts are expected to occur within the next couple of weeks and will affect no less than 300 of the 13,000 jobs at PayPal.

Marcus became president of the company this past April and is trying to improve processes within the company by removing such inefficiencies as a long wait for project approval and excessive meetings. The project approval process typically takes months. In June, Marcus decided to consolidate nine product groups into one large product group. Marcus has also decided to reorganize employees as he moves them from cubicles to open rooms where they will sit with management.

“We have told PayPal employees about plans under way to strengthen and simplify how we create and deliver consistently great products and brand experiences to our customers,” PayPal said in a statement emailed to Bloomberg News. “We have not yet discussed how these plans may impact any existing jobs across our product, technology and marketing teams.”

PayPal was acquired by EBay in 2002 and it is at risk of turning too ‘large’ and too ‘lethargic’ as brand new payment processors enter the market, according to Needham & Co. analyst Kerry Rice.

“You want to fight the corporate bloat,” Rice said during an interview with Bloomberg. “There are tons of people that are out there innovating and starting new companies. You have to become more nimble.”

Such new startups that could challenge PayPal include Stripe Inc., which has tools and services for people to accept payments on the internet when selling items online. PayPal is going to work as hard as possible to keep its customers, who claim that customer service lacks and that the software of the company takes too long to install. Some businesses, such as 86Serving.com Inc., claim that the setup time for PayPal’s system lasted 10 hours. This company chose to switch to Stripe’s services.

In 2011, Marcus’ mobile-payments startup Zong was acquired by PayPal, which is when he was named the president. John Donahoe, the Chief Executive Officer for EBay, said that Marcus was chosen because he needed to add “startup energy” to PayPal.

Findings Released on Benefits of Working a Job in Travel Industry
Let’s Get Social
Feel like getting in touch or staying up to date with our latest news and updates?
Related Posts
Latest In Work Relationships