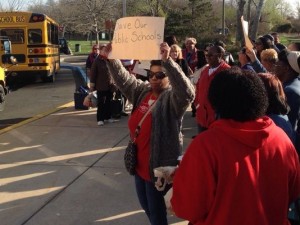 Last week, layoff notices were distributed to dozens of staff members at the Camden School Administration Building in New Jersey. All told, some 173 positions have been cut and 65 were already vacant, according to the Courier-Post. The layoffs take effect on July 1 of this year.

The notices were distributed on Tuesday and Wednesday of last week and they included a range of jobs from clerical to supervisor.

Brendan Lowe, a spokesman for the school, said that the number of positions in the Central Office will drop to 205 from 378, which is a cut of 45 percent. This will occur using transfers, vacancies and eliminations. Some 35 percent of the layoffs come from staff members who make more than $100,000 per year.

“We’ve really had to make some hard decisions,” said Lowe. “But frankly, we can’t afford everyone.”

Heading into next year, the district is staring down a budget deficit of $75 million. The layoffs sent last week are part of the plan announced earlier in April to lay off more than 20 percent of the workforce across the district.

When the 400 staff members are cut, the district will be able to save $28 million. Another proposal for the budget involves a $29 million cut of non-personnel at the Central Administration Offices. The district could then use $18 million in surplus funds in an effort to defray future cuts in personnel.

The Camden Education Association has spoken out against the cuts and has asked its members to protest the cuts.

“We don’t have a say and the teachers are really being treated unfairly,” said Dr. Mary Ann Alexander, a guidance counselor at Cooper’s Poynt School. “These layoffs are hurting our children.”

Lowe said that by making the cuts, the district will become leaner, which allows for a better flow of resources to each school. Lowe said the district is going to transfer 70 staff members to the city schools from the Central Administration Office. The district also announced the posting of 50 new positions that center on engagement with the community and parents.

“We see this as more of a reallocation of resources,” Lowe said.

Carmen Cooper works as a clerk at Forrest Hill Elementary. Cooper said she is more upset with the fact that she has been working without a valid contract.

Lowe mentioned that the district continues to have discussions with the CEA about a new contract.

“To avoid the contract from becoming a distraction, we appreciate the teachers’ focus remaining on their students and families and ensuring that each child in Camden receives an excellent education,” Lowe said.

Want to see which education jobs are available near you? Click here. 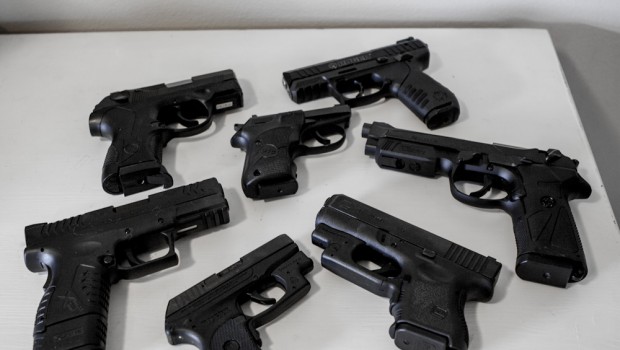 ‘Gun Valley’ Migrating South with Jobs and Money in Tow

Bed, Bath & Beyond Changes Policy on Employees with Criminal Past
Let’s Get Social
Feel like getting in touch or staying up to date with our latest news and updates?
Related Posts
Latest In Work Relationships