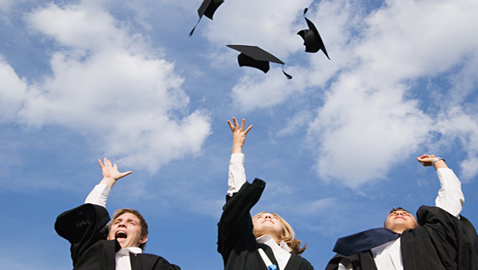 The judge ruled that it was illegal for Florida public universities and colleges to charge, out-of-state tuition rates, for students born in the United States, to parents who were illegal immigrants.

Moore ruled that inasmuch as the children were responsible for paying the tuition the parent’s legal status should not be used to deny them of equal opportunities to progress on their own merits and that they merited equal treatment.

He said that the state tuition policy violates the Equal Protection Clause of the 14th Amendment of the Constitution. Such students were being unjustly made to pay thrice as much as the local Florida residents.

According to the State University System of Florida, in-state tuition at University of Florida is around $205 per credit hour. It escalates to $947 an hour for out-of-state tuition for students, even though they were born in the U.S., were living in Florida for a long time and had studied in Florida high schools.

19 year old Kassandra Romero, a resident of Delray Beach has been living in Florida since she was five. She sought admission in a college last June, but could not prove that her parents were legal residents. She was asked to pay $349 per credit as against the $96 in-state tuition; she would otherwise have to pay. It was beyond her and she dropped out.

The lawsuit was filed by Montgomery, Ala.-based Southern Poverty Law Center on behalf of several Florida students, who were refused in-state tuition, because they failed to prove that their parents were U.S. citizens.

The center’s deputy legal director, Jerri Katzerman, whilst acknowledging that the judge’s ruling would open educational avenues for thousands said, “He has said in no uncertain terms that these youngsters are citizens and they have been discriminated against.” “This is wonderful,” she said. “These U.S. citizen students should be treated the same as other students in their same position. We are thrilled to see this discrimination come to an end.”

It is not certain whether the colleges and universities would appeal the decision. Officials said that its lawyers were reviewing the decision.

Attorneys representing the state argued that the universities and colleges are already facing huge financial shortages and they stood to lose millions of dollars each year if the children of undocumented immigrants are made eligible for in-state tuition.

The judge however, refuted the argument saying that this was a misconception and that his ruling “would not prevent the state from continuing to distinguish between in-state residents and out-of-state non-residents.”

Moreover, he said, undocumented parents also pay their share of taxes which helps pay for the education that their children seek.

State Rep. Hazelle Rogers, a Lauderhill Democrat who strongly advocate scrapping the policy was thrilled at the verdict, saying, “The bottom line is simple: a U.S. citizen should be treated like a U.S. citizen no matter who their parents are,” Rogers said.

There are 28 public two-year colleges – most of which also offer a limited number of four-year degrees – and 11 public four-year universities in Florida.

Is Music in the Office Appropriate?
Let’s Get Social
Feel like getting in touch or staying up to date with our latest news and updates?
Related Posts
Latest In Work Relationships