Home  » Biting More Than It Can Chew: Arizona Seeks Sovereignty Over Grand Canyon 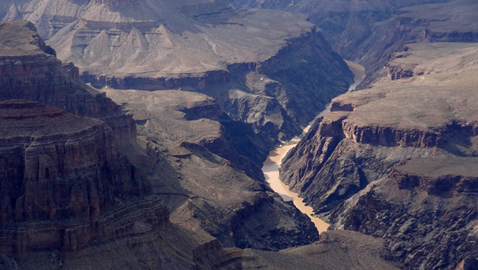 Arizona voters, when they go to poll next month, will decide whether the iconic Grand Canyon belongs to the entire country or if it is the sole property of the residents of Arizona.

The voting which has the support of the Republicans in the state legislature seeks sole control by Arizonians over the millions of acres of, currently government land, which also includes the international tourist destination, the Grand Canyon.

If the ballot goes Arizona’s way it would grant it dominion and jurisdiction over the “air, water, public lands, minerals, wildlife and other natural resources within the state’s boundaries.” The Arizonians are seeking to claim between 39,000 and 46,700 square miles.

The main grouse as articulated by State Senator Republican Sylvia Allen is that continued ownership of the land by the federal government is harmful to the economy of the Western states as it renders it hard for them to finance their public education, tend to their economies and supervise their forests and natural resources.

The proponents of the case say that because the government owns the land they are unable to attract new businesses that create jobs and that they lose out on tax-revenue which impacts their ability to fund education and other public services.

Moreover, it also impacts job creation gravely, she said. “We do not have the ability in rural Arizona to provide jobs for our citizens due to the fact that the federal government controls all the land. It leaves us at a great disadvantage. We’re not able to bring in industry and provide for the jobs that we need,” Allen concluded.

The voting is the last in a series of battles that has seen commercial interests vying with those seeking to protect the environment. Mining, drilling and logging companies, feel that the business prospects in the area are huge and that they would also provide tens of thousands of new jobs.

Those who are against the latest attempts to take over the property argue that the past record of the Arizonians’ in taking care of their own land, hardly raises confidence  of their ability to take care of the millions of acres of land.

Sandy Bahr, director of the Sierra Club Grand Canyon Chapter claimed, “They can’t even fund and ensure that their (state) parks are protected, so how they would take on an additional 25 to 30 million acres of land is a big question mark?”

Arizonians however say that this is our land and to say that we cannot take care of it is ridiculous in the extreme.

However, chances of the ballot going Arizona’s way are remote. Earlier this year Arizona’s Republican Governor Jan Brewer vetoed a state bill asking Washington to relinquish its hold over the area and hand it over to Arizona.

Analysts say that Arizona is wasting valuable money and time on a battle that is both unconstitutional and futile. Success does not seem plausible for the conservative state as legal experts believe that a pro-Arizona verdict would be in violation of the Constitution’s Supremacy Clause that unequivocally declares that states cannot discount the resolve of the federal government.

Overwhelmed at Work? 7 Simple Strategies to Make Things Better
Let’s Get Social
Feel like getting in touch or staying up to date with our latest news and updates?
Related Posts
Latest In Work Relationships
BCG FEATURED JOB