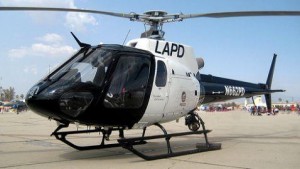 By January 1, close to 160 civilian employees of the Los Angeles Police Department could lose their jobs as city hall works towards addressing its budget deficit. The news comes from an internal department website post that was acquired by the Los Angeles Times. Department Chief Charlie Beck said that jobs that could be eliminated from a previous proposal from city hall include 10 secretaries, one police administrator III, 66 clerk typists, 81 senior clerk typists and a nutritionist.

“I know this is a very stressful time for all and I want to avoid rumors and miscommunication, which can only increase the stress level,” Beck wrote in the post. “Therefore, as I did in the spring during budget hearings, I have directed the Office of Administrative Services to keep everyone updated on a weekly basis until there is a resolution.”

Beck wrote in the post that a final decision on the layoffs will come by December 14 but officials will work towards “any and all possible solutions and outcomes.” The Los Angeles Police Protective League said that it is “concerned about how the work will be done because any delays in the ‘support function’ will definitely affect the ability of officers to respond to law enforcement issues impacting residents and businesses in Los Angeles.”

“For every 100 officers who get pulled from field work to backfill vacant civilian positions, we lose the equivalent of about 30 police cars citywide, which dramatically and detrimentally impacts our ability to respond to calls and keep crime down,” the union said in a press release from 2010 about possible civilian layoffs. “We are receiving daily reports from our officers telling us that they are spending increasing amounts of time in the station performing administrative tasks instead of fighting crime on the streets.”

According to officials, alternatives that have been discussed include pay cuts amongst city unions and deferring raises. Cmdr. Andy Smith said that if those alternatives are not put into action the department will have trouble absorbing the impact.

“These are folks who are part of our LAPD family,” Smith said. “We all hope the city can find some alternative solution so we don’t have to lose these valuable police employees.”

Miguel Santana, the City Administrative Officer, told the city council that more than 200 city employees need to be laid off to prevent the budget gap from widening just four months into the fiscal year. He also recommended that 50 of those layoffs should be city attorneys. Santana said that the city has already created a $16.6 million shortfall in the budget.

Las Vegas Adding Tech Jobs Rapidly
Let’s Get Social
Feel like getting in touch or staying up to date with our latest news and updates?
Related Posts
Latest In Work Relationships