Home  » Three Families Own Most of the World 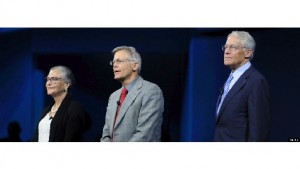 Most the world’s resources belong to a few people. In fact, the 12 richest people in the world have names ending in Kock, Walton, and Adelson, as Bloomberg Markets compiled. These three donors use their incredible wealth especially to hold political sway. The Waltons donated more to the Republican cause than to the Democrat, and oppose the minimum wage being raised; the Koch brothers spent $60 million in an attempt to oust Obama; and Sheldon Adelson is the all time greatest donor to the Republican party.

Evidently the principle of managing a successful business, the know how and capability of making something as large as Wal-Mart work, requires a set of values that the Republicans also share, and which the Democrats lack. That means, in a way, that if you want the government to be as successful as Wal-Mart, you should vote Republican.

It also means that family integrity and loyalty is part of what allows wealth to grow each generation.

Us job seekers who might feel grateful to democrats for increasing minimum wage and for giving us food stamps, and other aids, so necessary during bleak times when we are out of work might grudge these ultra-rich people for holding such power and political sway over the United States and the world. Yet to say that these are greedy exploitive people is untrue. These people donate considerably to charities, more, one would suppose, than all democrats put together. Because of their hard working principles, they are able to give more to those who cannot help themselves.

Job seekers should therefore imitate them and be vigilante in their job search and hard working in their job. Only in this way can you build your own family up, so that over a few generations, your effort will make your family austere, hard working, and wealthy.

New Study Finds What the Recession has Done to Our Happiness
Let’s Get Social
Feel like getting in touch or staying up to date with our latest news and updates?
Related Posts
Latest In Work Relationships
BCG FEATURED JOB