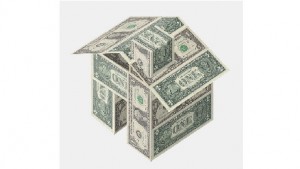 Housing continues to improve, with U.S. household net worth increasing 1.8 percent to a record $74.8 trillion as of the second quarter, the Federal Reserve said Tuesday. A combination of stock booms, which benefits primarily the rich increasing nearly $300 billion, compounded with home values increasing by $525 billion suggest at least that we have more augury towards what the market could look like a year from now: these are good signs.

With household wealth jumping $1.3 trillion, we’ve seen that at least some people are gaining money. Wages overall have remained flat, barely keeping up with inflation, but with housing increasing, this has been somewhat offset, and is somewhat of a boon for homeowners all over. It also suggests that the housing market will continue to grow and hire in such areas, naturally enough, as construction.

“If net worth began to fall because of the rising household debt, within reason this could be a positive sign for the economy,” indicating stronger consumer spending, said IHS economist Paul Edelstein, according to USA Today.

IHS further said that American’s mortgage debt fell by $42 billion while non-mortgage credit grew by $42 billion, leaving household liabilities rather flat an unchanged overall. Nevertheless, there continue to be signs that the vamped and artificially stimulated economy is beginning to breathe on its own. A certain amount of autonomy and hiring capacity will grow from it.

Home Construction is Up: What This Means

Staples to Close Stores Across North America
Let’s Get Social
Feel like getting in touch or staying up to date with our latest news and updates?
Related Posts
Latest In Work Relationships