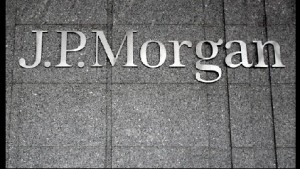 JPMorgan is not only the largest bank in America, but one of the few that came out best after the 2007 bursting of the housing bubble. They’ve admitted wrong-doing, and paid substantially for their errors, but overall they’re still on top. Their latest settlement of $13 billion, the largest ever reached between a bank and the government, will even go in part to help fund the ill-funded and near post-apocalyptic Detroit.

Detroit after all was hit hard after the Great Recession of 2008, and JPMorgan Chase with their toxic mortgages was in part to blame. It only makes sense that in an attempt to revamp their economy, which as of lately has become the largest city in America to declare bankruptcy, they should receive reimbursement from one of the financial agencies that did the most to hurt them.

Five cities in Michigan, including Detroit, Grand Rapids, and Flint, have already received over $100 million in federal aid to help them through the difficult time, with grant money under HUD’s Neighborhood Stabilization Program. It is imagined that the funds from JPMorgan will go even further to make Detroit something more than the corpse of the bustling and productive city it once was.

“We are still waiting to hear [from the U.S. Department of Justice] about a state-specific breakdown of funds,” said Joy Yearout, spokesman for Michigan Attorney General Bill Schuette, but Michigan specifically is not one of the parties JPMorgan has agreed to repay.

Nevertheless, Detroit is due to receive some aid from the funds, and the funding is coming right on time as the city swoons and tries to keep its footing. Their automotive industry, the heart of Motor City, has made a great rebound, and there is no reason to believe the city can’t likewise reclaim some of its lost glory.

Slump in July Hiring
Let’s Get Social
Feel like getting in touch or staying up to date with our latest news and updates?
Related Posts
Latest In Work Relationships