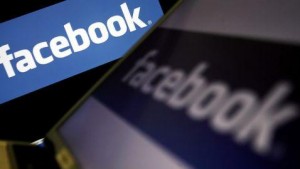 According to Bloomberg Businessweek, the Labor Department released data on Friday morning that shows Americans who are out of work could be more confident in what the job market has to offer them right now. The workforce consists of people who are searching for work or are employed. That number increased by 578,000 in the month of October and the number of unemployed also increased by 170,000. The latter increase forced the unemployment rate to 7.9 percent.

“This is good news because we had gone through a long period where people were giving up and dropping out of the labor market,” said Ward McCarthy, chief financial economist at Jefferies & Co. Inc. in New York. “People are feeling a bit more chipper about the labor market.”

Recent news of added job opportunities across the country could help to instill confidence and create spending and hiring that could spur growth. In September, household purchases increased by the largest amount in seven months. For the first time since early in 2010, the participation rate increased in October and September.

The participation rate is the share of people who are of working age in the labor force today. In August, the participation rate decreased to 63.5 percent, which was the lowest in over 30 years. The report showed that 58.8 percent of the country’s population had a job in October, which is the highest percentage since August of 2009.

The Labor Department surveyed close to 500,000 work sites and found that employers increased their payrolls by 171,000 in October. That number was well above expectations of economists. Harm Bandholz, the chief economist for UniCredit Group in New York, said that confidence measures “signal there is some true improvement in the labor market. Some frustrated people are coming back into the labor market because they think they have a chance to find a job.”

Data released by the Labor Department showed that the number of unemployed workers not in the workforce the previous month increased to 3.12 million. That increase amount is the most in over a year. In October, the number of discouraged workers hit 813,000. The number was at 967,000 in October of 2011. Discouraged workers are defined as those who no longer search for a job and are not calculated in the unemployment rate. The underemployment rate dropped to 14.6 percent, which is the lowest number since April. The underemployment rate measures people who have part-time jobs but want full-time jobs and those who want to work but have stopped looking.

D.C. to Lead the Nation in Raised Minimum Wage
Let’s Get Social
Feel like getting in touch or staying up to date with our latest news and updates?
Related Posts
Latest In Work Relationships