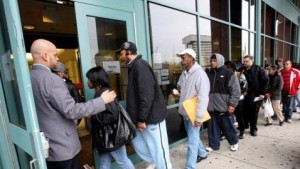 The state of New Jersey gained 30,200 jobs in the month of December, which is the largest monthly increase since officials starting tracking in 1990, according to the Labor Department. At the end of December, the unemployment rate in the state was 9.6 percent, a decrease of one-tenth of a percentage point from the revised November rate of 9.7 percent, according to a report from The Star-Ledger.

The report, which is preliminary, does not offer a break down as to how many jobs were gained using reconstruction following Superstorm Sandy. The administration of Governor Chris Christie said that the impact is still difficult to quantify.

“It could be a mixture of some growth that was bound to happen for the year … and also some Sandy recovery efforts,” said Brian Murray, spokesman for the Labor Department.

Kevin Roberts, a spokesman for Christie, said, “With revisions to November’s job numbers, we know that New Jersey lost more than 10,000 jobs as a result of Hurricane Sandy, not to mention the widespread devastation it wrecked on our people, infrastructure, and economy. December’s report begins to tell a different tale – one that confirms the resilience of New Jerseyans and the speed with which we have begun to emerge from the storm.”

In a statement issued by Senate President Stephen Sweeney (D-Gloucester), he said the following:

“We are no doubt going to hear glowing reviews from the administration on these latest figures of failure. While he is busy erasing blackboards and acting like none of this is happening, people in this state are suffering under decade’s high unemployment. They can’t keep their homes. They can’t find access to affordable healthcare.”

In December, all nine major private-sector industries saw job gains. The largest increase was in the trade, transportation and utilities sector. This sector added some 6,000 new jobs. There were 4,300 employees added in the construction industry. There were 700 jobs lost in the public sector.

“Sandy has created such an uncertainty about where things are. Most economists who are looking at the state’s economy are assuming that there will be on net a positive impact on the state because of Sandy, but none of us were expecting to see so much of it so soon. Normally these kinds of gains would be seen in the context of strong national growth.”

An economist from CohnReznick, Patrick O’Keefe, said, “Let’s accept on the face of it that we had a very robust gain in the month of December. All that would mean is an otherwise disappointing year turned out to be a mediocre year. That’s virtually identical to what we saw at the national level. The difference is, whereas the national jobs gains were consistently slow throughout the year, New Jersey was basically stop-and-go.”

Eagle Creek Adding 1,000 Jobs in South Dakota
Let’s Get Social
Feel like getting in touch or staying up to date with our latest news and updates?
Related Posts
Latest In Work Relationships