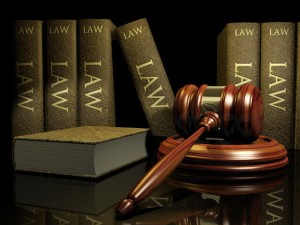 Bill Courtright, the mayor of Scranton, is planning to hire an outside attorney to take care of the city’s employment and labor legal issues, according to The Times-Tribune.

The outside attorney will also handle the payment of $21 million to the police and fire unions in back-pay awarded by an arbiter.

A public notice was issued this week by the city requesting lawyers and law firms to submit their proposals for “special labor counsel” legal services for the city’s labor and employment issues.

The last time a special labor counsel was hired by the city was in 2008. The position was handed a contract for three years. An ordinance from 2010 requires that these services be acquired using a bid if the amount is going to be above a certain amount.

Business Administrator David Bulzoni said, “Obviously, there’s going to be negotiations with regard to the award. There’s some discussions that are going to be forthcoming. We have to look at ways it (the $21 million award) can be fulfilled given the realization of the city’s situation right now. There’s got to be a start to those discussions. It’s going to be imperative for us to have expertise of labor counsel available.”

When proposals are submitted to the city for special counsel they must include hourly rates and fee schedules. The attorneys submitting bids must have at least 15 years of experience in all realms of employment and labor law. They must also be able to show experience with municipal law, appellate court practice, grievance and interest arbitration, Act 111 arbitration law, knowledge of how local and state governments operate and the Municipalities Financial Recovery Act.

All proposals have to be submitted by February 5.

Job Cuts at UBS
Let’s Get Social
Feel like getting in touch or staying up to date with our latest news and updates?
Related Posts
Latest In Work Relationships