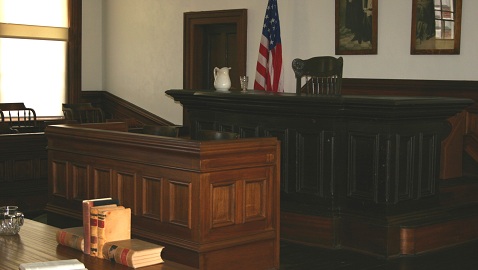 Court cases can be dismissed for any number of reasons, but one reason that can easily be avoided is not showing up for scheduled court hearings. This was a lesson learned the hard way by a former Department of Education employee, who filed a lawsuit against the agency.

The man had worked for the Department of Education for more than 20 years. In June 2009, he applied for a promotion, which ultimately went to a female applicant. A few weeks later, he was given a performance evaluation, rating his work as satisfactory but having written comments that he believed were “inaccurate” and “incomplete.” He submitted two charges alleging race and gender discrimination, as well as retaliation. He then brought legal action against the agency, citing numerous claims, including violations of the Whistleblower Protection Act and Title VII of the Civil Rights Act.

The Department of Education moved to dismiss the whistleblower claim for failure to exhaust – he had not submitted a claim to the U.S. Office of Special Counsel (OSC) prior to the suit. A hearing on that motion was scheduled for August 23, 2011. The plaintiff, acting without counsel, was granted a continuance for August 30th and amended his complaint with a copy of an OSC correspondence, stating that it had closed his file when he didn’t respond to its proposed factual and legal determinations.

The plaintiff missed the August 30th hearing. Regardless, the district court dismissed the agency’s motion due to the amended complaint. Another hearing was scheduled for November 3rd and the court warned the plaintiff that failure to appear might result in the case’s dismissal. By the hearing’s date, the agency had made a motion to dismiss the complaint, excluding the Title VII claim. And when the date arrived, the plaintiff was again a no-show.

The court heard other matters but didn’t direct anyone to call the plaintiff – essentially waiting to see if he would make an appearance. The agency’s lawyer explained that she’d been in contact with the plaintiff, who said he wanted to get a lawyer but would see her on the hearing date. The court finally dismissed the case with prejudice for failure to prosecute. Twenty-nine days later, the plaintiff’s lawyer filed an appeal but did not request that the district court reconsider its judgment.

The man’s appeal stated that he and the agency’s lawyer had “jointly contacted” the judge’s law clerk and requested a continuance, though he didn’t state that he’d received confirmation. He asserted that he had not been willfully disobedient and that his absence was the result of a misunderstanding. But appellate judges noted that he had never explained his first absence, and the district court heard nothing about a continuance with regard to the second hearing.

The plaintiff further argued that he should have received lesser sanctions for a simple absence and considering his pro se status – his lack of legal representation at the time. But the negligence in this case was his mistake, not a lawyer’s, and judges stated that, since the plaintiff has a law degree (but is still pro se, as he is unlicensed), he should’ve had “greater insight” into the necessity in following court directives. The district court’s decision was affirmed.

Lawsuit Against Former Employers Dismissed Because Plaintiff Was a No-Show in Court by Harrison Barnes
Tags: civil rights act of 1964, lawsuit, racial discrimination, retaliation, us court of appeals, whistleblower
Tweet Like Plus Pin It Share