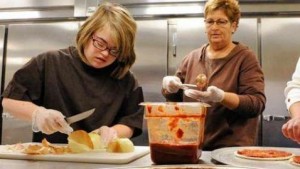 Earlier this week, the CEO of Chrysler and Fiat, Sergio Marchionne, announced that Chrysler is planning to hire 1,250 employees while also investing $240 million across three Michigan plants, according to the Detroit Free Press.

“Today is another important milestone in living up to the commitment we made more than three and a half years ago to our employees, this city, this region and our country to transform this company,” Marchionne said in a statement. “Together, and with the support of our UAW partners, we are committed to building something that will have a long-lasting, direct impact on this community.”

Marchionne went on to say that this announcement proves that the government’s decision to lend the company money in 2009 while it exited Chapter 11 bankruptcy was a good decision.

“Those who still doubt that we would use the second chance taxpayers granted to us to build something better and long lasting…only have to come here and see for themselves how seriously we have taken our responsibility,” Marchionne said at Chrysler’s engine plant in Detroit.

The announcement said that all of the jobs will be brand new because the company does not have workers who are laid off. The Chrysler Mack Avenue Engine I plant will receive $198 million and will add 250 employees to build the V6 Pentastar engine. There will be $40 million invested at the Trenton North engine plant of Chrysler so workers there can manufacture Tigershark and Pentastar engines. Warren Truck in Warren will have a third crew added to build Ram 1500 pickup trucks.

Ever since Chrysler came out of Chapter 11 bankruptcy in 2009, the company’s investments at its United States plants total $4.75 billion. In the country, Chrysler has also added over 6,000 hourly jobs.

The principal for IHS Automotive, Tracy Handler, said that Chrysler will need more engines for added pickups that will be made in Warren. “They really got out ahead of GM and Ford, and are kind of hitting the market at the same time that we are possibly seeing growth in the housing market,” Handler said.

Chrysler bought the Mack Avenue Engine I plant back in 1953 and it currently employs 144 workers who manufacture V8 engines for the Ram 1500 pickup truck. There was an adjacent factory named Mack Avenue II, which was shutdown in September. The 200 employees at the Mack Avenue II plant were told they could transfer to other plants, even to fill jobs announced this week by Chrysler.

The United States and Canadian governments were repaid $9.3 billion by Chrysler in May of 2011, which was six years earlier than it was required to do so.

Detroit Declares Bankruptcy
Let’s Get Social
Feel like getting in touch or staying up to date with our latest news and updates?
Related Posts
Latest In Work Relationships