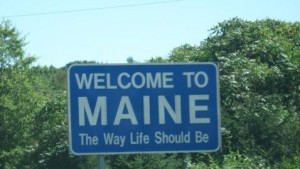 Two studies that were commissioned by a foundation that is looking to create a national park in northern Maine suggest that towns close to federal parks have stronger economies than other communities. The studies also suggest that creating a second national park in the state would create anywhere from 450 to 1,000 jobs, according to The Associated Press.

The founder of Burt’s Bees, Roxanne Quimby, created Elliotsville Plantation Inc., which commissioned the two studies. The studies were created in order to study the economic impact in Piscataquis and Penobscot counties and to investigate the impact on towns with existing parks and recreation areas.

An organization that has done work for the U.S. Forest Service and Bureau of Land Management, Headwaters Economics, said that a national park has the ability to help with boosting the local economies.

‘‘Northern Maine clearly needs a new economic idea,’’ Ben Alexander, associate director of Headwaters Economics, said. ‘‘Are people ready to try something else? That’s not for me to say. But if you look at other places with (national parks), it clearly indicates there’s an opportunity here.’’

In 2001, a proposal was created by Quimby that asked for a national park in northern Maine. The proposal drew a ton of opposition, but it was also supported. The National Park Service is excited about the idea, but has not issued its stance on the subject.

One of the critics of the national park idea, Bob Meyers, is a member of the Maine Snowmobile Association. He said that he is not sure about the research conducted and the motives behind the plan by Elliotsville Plantation.

‘‘It kind of sounds like the new plan is the old plan,’’ Meyers said.

The president of the Elliotsville Plantation board, Lucas St. Clair, said that Headwaters Economics was picked to put data behind the possible economic impact of a recreation area, or a national park, or both. St. Clair is also the son of Quimby.

One of the studies called for a 75,000-acre national park that would be located near Baxter State Park and another recreation area of the same size where timber harvesting, snowmobiling and hunting would be permitted. The study said that if all 100,000 acres were open to timbering, close to 50 jobs would be created. This is compared to creating 455 to 1,055 jobs that could be created if a combined national park and national recreation area is created, according to Alexander.

St. Clair mentioned that he is taking everyone’s opinions into account and can make changes to the proposal.

Hostess to Reopen, Hiring a Large Set of Fresh Workers

Teen Employment in Iowa Cloudy
Let’s Get Social
Feel like getting in touch or staying up to date with our latest news and updates?
Related Posts
Latest In Work Relationships