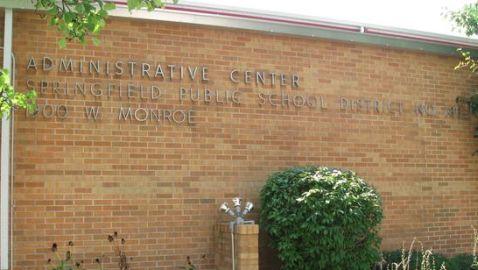 According to a report in the Springfield Journal-Register, the human resources director for the Springfield, Illinois, School District has resigned. The director, Alexander Ikejiaku, cited a need for “new leadership.”

The announcement of the resignation came on Wednesday in the midst of discoveries that procedures required for hiring were not being followed at least twice in the previous two years. This included the hiring of a Lanphier High School teacher who has been accused of having a sexual relationship with two students.

“This will make room for new leadership in the HR Office, as well as refocus attention on the district’s business of educating students,” Ikejiaku said in his resignation letter, according to a press release.

Ikejiaku joined the Springfield School District in 2007 from the Rochester, New York School District. In Rochester, Ikejiaku worked as the principal management analyst in the district’s special education department. Walter Milton, the School Superintendent, is from Rochester and gave Ikejiaku a recommendation. In a press release, he wished Ikejiaku well.

“While it is with regret that I accept Dr. Ikejiaku’s resignation, Springfield Public Schools will move forward to ensure that personnel needs are met and that human resource decisions are made in the best interest of our students,” Milton said.

The press release also said that a credentials check of the 1,313 certified staff members in the district will occur. The school board will be presented a report on the findings “no later than December 3.” The check on all the credentialed employees arose from two incidents where unqualified teachers were hired by the district. Plans for being fully certified for the positions were never submitted as required by state law.

One of the teachers, Jennifer Tyree, was hired in an emergency instance at Lanphier for the school year even though she did not have the correct certification to teach at the high school level. Even though the Sangamon County regional office of education told Springfield High School not to continually employ an uncertified teacher, which put the school on “pending further review.”

Jeff Vose, the regional superintendent of Sangamon County, said in the release that the school district was fully recognized outside of the incident in 2011.

“District 186 has made serious attempts to reduce the number of certification issues that the ROE has found through our (biennial) compliance visits,” Vose said.

If the school board approves, retired human resources director Bob Leming will assume Ikejiaku’s role until the school year ends. Susan White, the School Board president, said, “I think the whole situation is just embarrassing for the district, I’m very disappointed to learn about the lack of attention to detail. I’m hoping with this change, that we can begin to move forward to ensure things are dealt with appropriately, correctly and in accordance with all the applicable regulations.”