Home  » Welfare Benefits Accrue To The Wealthy: But They Won’t Admit It 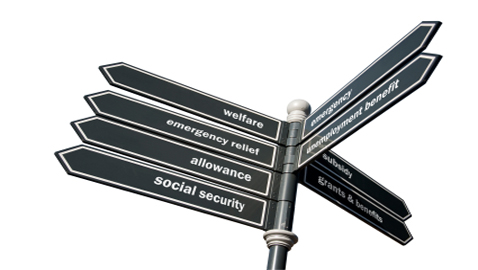 This thanksgiving the rich and affluent will offer thanks for many things, but will in all likelihood forget to offer their gratitude for the gifts they get from welfare.

The wealthy feign amnesia when it comes to being grateful for what the government does for them and that it is the programs funded by tax payers that thickens their purses and pays for their extravagant lifestyles.

It’s time that this ingratitude and ignorance ended and even if their privileges don’t at least the pretense must.

What is worse that many business owners believe that they are entitled to profit from welfare and it is their legitimate due. Some rich eatery owners, among them such biggies as Applebee’s, Denny’s and Papa John’s restaurants have been grumbling about the employer responsibility that Obamacare has thrust upon them. This will necessitate businesses, that otherwise do not have health-benefits for their workers, to pay a new tax of $2,000 per employee. The companies are whining that healthcare costs for their employees should be covered by taxpayers.

Given that average cost of a private employer health plan is nearer to $ 16,000 for each worker, they are only being asked to pay a pittance. That they are reluctant to do so, speaks of a supercilious attitude that seeks everything for itself but does not want to yield an inch.

Private business will always have some motivation to seek to pass on costs to the taxpayer. It has happened for too long and in the interests of creating level playing fields, it’s time they were not allowed to keep up this charade.

These businesses require workers of all ages and all hues to run their companies. They cannot be treated like inhuman resources that can be discarded and disposed off at will.

In an article, the New York Times wrote that older Americans were putting off retirement and working longer because many companies had stopped providing healthcare to those employees who had retired. This left them with no choice but to labor on until Medicare was available to them. What this amounted to was that, those businesses were responsible for enforcing life-changing decisions on the elderly, who had to await a publicly funded safety net to opt for retirement.

Companies indirectly profit from taxpayer-funded safety net nets. A major portion of many corporation employees uses Medicaid, which means that the employer does not have to bear the cost of expensive private health-care responsibilities but merely the heavily subsidized government safety-net. So in effect welfare money is accruing to the rich owners of these workplaces. Indisputably this is an unpardonable exploitation of an entitlement program and an appalling abuse of taxpayer dollars.

The government subsidizes private childcare also. Medicaid costs employers a mere 1.45 percent of the salary they pay to their low-wage workers. Without this subsidized safety net they would have to pay heftier salaries as the worker would have to buy private health insurance.

US capitalists must not be allowed to continue to hoodwink the people any longer. This charade must end. They must realize that their enormous workplaces would stop functioning without the workers and the safety net they so shamelessly manipulate and exploit.