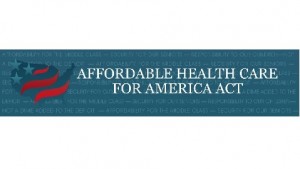 It’s predicted that Obamacare will be off to a rocky start this October. The program is set to start on October 1, and an estimated 7 million uninsured Americans are to enroll for new health plans for 2014, and have till March to sign up. But reviewers of the program estimate that the websites and programs for signing up will be at a mere baseline to begin with in many states. Those seeking insurance through their employer or without it must be patient as they work the new system.

“At this moment, not a single state appears to be completely ready,” said W. Brett Graham of Leavitt Partners in testimony to an oversight panel of the House of Representatives. “Most, if not all, exchanges will experience a rocky enrollment period as they work to overcome both known and unknown operational challenges.

In fact, 34 states have elected not to set up their own exchanges at all, requiring the feds to set one up. Oregon, meanwhile, says their public should expected delays late into October.

The exchanges are the basis for the programs success, and so the complexity of the information technology, which must sync with existing Medicaid and other states systems, must gel and come together soon – and this will require a lot of testing and possible delays to get it operational. Just as with seeking a job, or getting a new one, getting set up with insurance will be a slow-process of patience and plucky perseverance.

Income Inequality Increases
Let’s Get Social
Feel like getting in touch or staying up to date with our latest news and updates?
Related Posts
Latest In Work Relationships