Home  » Unemployment Up a Bit, in Latest Figures 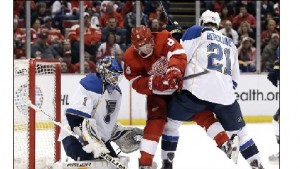 Looking at how the job market is doing each week can be exciting and confusing. It’s like checking in on a hockey game: “Hey, I thought you said the Red Wings were winning,” “Well Jeez! They were, but then they lost their edge,” etc. So now we are seeing unemployment benefits rise this last week, increasing by 18,000, to a seasonally adjusted 354,000 in the week ending in June 15, we might mutter, “Where did all the fun times go?”

Not to worry, my friends, that’s just the way it is. What we are seeing, meanwhile, is employers adding 175,000 jobs in May. And though unemployment rose back to 7.6 percent up from 7.5, we haven’t lost any territory: that’s just the ebbing and waning of a volatile market.

The latest figures point to moderate improvement in the labor market in the coming months. “Layoffs are running at a pace that is broadly consistent with a solid labor-market picture, but the hiring picture remains far softer than what is necessary to return the economy to full health in a timely fashion,” Pierpont Securities analyst Stephen Stanley said, as reported by the Wall Street Journal.

And the Fed says, “Labor market conditions have shown further improvement in recent months, on balance, but the unemployment rate remains elevated.” Well we remain hopeful. They are hiring out there! That’s good news! And there’s still unemployment. That will change. Here’s hoping it’s soon!

How Convicted Felons Can Find Employment
Let’s Get Social
Feel like getting in touch or staying up to date with our latest news and updates?
Related Posts
Latest In Work Relationships