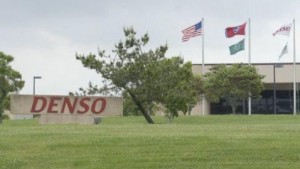 East Tennessee is going to add over 130 new jobs as DENSO announced its plans to invest $1 billion into its operations in North America over the next four years. Those operations include plants in Maryville and Athens, Tennessee, according to the Chattanooga Times Free Press.

DENSO, a Japanese auto technology supplier, announced that it will bring production of a gasoline direct-injection system to the facility in Athens. This is an investment of $50 million that is going to bring 130 new jobs.

Jack Helmboldt, the corporate senior director at DENSO and executive vice president of the operation in Maryville, said, “We are slowly expanding our machining and tooling division to make all of our equipment and dies in North America. It will be a long process but we will be sourcing millions of dollars of business to local machine makers, creating even more jobs.”

The president/CEO of Blount Partnership, Bryan Daniels, said in an email to the paper that, “This is outstanding news for Blount County manufacturing. Now that production at DENSO is in full production, a position it has been (in) over the last 18 months, the opportunity for continued job growth among skilled workers in the area is growing as the start/stop technology and tool and die fixtures at DENSO have been centralized at its Maryville facility.”

Daniels was talking about the stop/start starters that the Maryville location started to produce back in the month of June. The production of those products will increase and the plant in Maryville is going to begin making products for hybrid vehicles, seat adjustment products, and vehicle remote entry products, according to Helmboldt.

The plant in Athens is going to produce a fuel injection system that will permit automakers to increase fuel economy of vehicles by close to 20 percent while also reducing carbon dioxide emissions by at least 15 percent. The company noted that full production of the product should begin by 2014.

The billion-dollar investment by DENSO in North America will create over 2,000 jobs. The company is going to invest $750 million in the United States, with 1,200 jobs coming to the country. The investment and jobs will be seen in Michigan, Iowa, Tennessee, North Carolina and California.

The senior vice president of industry relations for DENSO, Terry Helgesen, said the following in a statement released by the company: “We want to develop products in the market that best suit the market requirements. For example, the U.S. market is the leader for communications technology, so we want to focus our communications and Human Machine Interface technology development in North America.”

April Doom: Slowest Hire in Months
Let’s Get Social
Feel like getting in touch or staying up to date with our latest news and updates?
Related Posts
Latest In Work Relationships