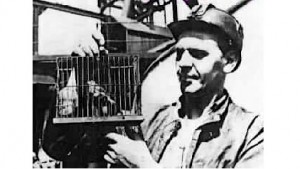 Miners would take caged canaries with them when mining where natural gas could taint the air undetected and suffocate them; since the canaries would be suffocated before the miners, they could be used as an early warning sign, giving the miners a chance to evacuate before it was too late. Now that the unemployment rates have rose in D.C., Maryland, and Virginia, areas where federal jobs are more significant, we can take these to be “canary states” showing us how the rest of the country may finally react to sequestration, or the government’s solution to the fiscal cliff of 2012. Job seekers can expect some drawbacks on the path of economic recovery.

With Maryland pushing up to 7.1, its highest since 2011, and with D.C. jumping up to 8.6, we may have an early barometer of a storm, or at least an after-cough of the storm we’ve already weathered with the Recession of 2008 and 2009. Government jobs are being cut, and this to answer the demands of sequestration, the necessarily self-limitations the government had to impose on itself after exorbitant spending these last 8 years.

It seemed almost uncanny, afterall, that despite tax hikes and government cuts, the economy kept improving, albeit very slowly; and in fact we can expect it to still improve. But in areas of government jobs there might some hiccups, and a few plateaus on the way are to be expected — so job seekers beware!

New Hampshire Jobless Rate Increases
Let’s Get Social
Feel like getting in touch or staying up to date with our latest news and updates?
Related Posts
Latest In Work Relationships