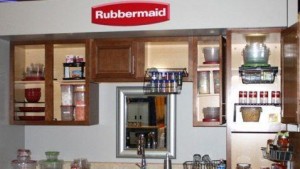 According to USA Today, Newell Rubbermaid has announced plans to cut over 1,900 jobs, which is 10 percent of its workforce across the world over the next 2.5 years. Newell Rubbermaid, which makes the namesake containers and Sharpie pens, announced the news on Friday. It said that the company will reinvest the money saved from the cuts into growing its brands across the world and adding sales capabilities in growing markets. During the announcement, the company said that it would split into two groups, one focused on development organization and one on delivery organization.

Newell Rubbermaid is headquartered in Atlanta and it actually reported its third-quarter adjusted results that were better than what Wall Street expected. The quarterly dividend of the company was increased to 15 cents per share, which is a 50 percent jump. The company, which is 103 years old, said that its shares were 4.5 percent higher Friday, which just missed a four-year high.

The company is expecting its full-year earnings per share to hit $1.63 to $1.69 as its core sales would increase by two to three percent. Earnings per share have been predicted by analysts to come in at $1.68.

During the restructuring of the company, its new development organization will be divided into six segments, which is down from nine. Those six segments include specialty, tools, writing, commercial products, home solutions and baby and parenting. The same group will be home to the design, marketing, research, insight and development and corporate development staff for Newell Rubbermaid.

The current group president, William A. Burke III, will be the leader of the delivery organization and will be the chief operating officer. The operating groups of professional and consumer will be removed from the company. During its announcement Friday, the company also said that there will be executives leaving. Those departing Newell Rubbermaid include the president of Newell consumer, Penny McIntyre; chief marketing officer, Ted Woehrle and chief customer development officer, Paul Boitmann.

Lee County School District Wants to Outsource Custodians
Let’s Get Social
Feel like getting in touch or staying up to date with our latest news and updates?
Related Posts
Latest In Work Relationships