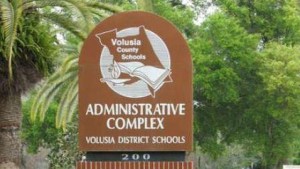 The School Board in Volusia County will be presented with a proposal that considers outsourcing close to 500 custodial and grounds maintenance jobs from Volusia County schools in an effort to save money, according to The Daytona Beach News-Journal.

The president of the union that represents the affected employees received a letter stating the reason for the proposal. The proposal is in response to a referendum defeated in the November election that would have been able to generate $26 million per year.

Should the proposal be agreed to by the School Board, outside private firms will submit bids for the project. The board would also have to provide final approval for any deal. Dyer wrote that the idea to use subcontracted workers instead of district workers “is a unilateral and non-negotiable managerial right.”

The union is Local 850 of the American Federation of State, County and Municipal Employees. The union represents some 1,500 custodial, maintenance, food service and transportation employees and campus advisors.

“I was totally blindsided,” Wenz said in regards to the proposal.

Wenz claims that he was assured by district officials that there were no plans in place to subcontract custodial employees despite the rumors. He noted that some 480 district employees would be affected by the plan. Those employees are worried about their pensions and health insurance coverage should they still work in the schools with private firms.

The agenda item from the School Board regarding the proposal says the following: “the superintendent will make provision in the procurement process for the hiring of employees within (the affected) classifications and for a pension benefit by the vendor(s).”

Wayne Blanton, the executive director of the Florida School Boards Association, said that food service, maintenance, and some types of repairs are jobs most commonly outsourced in the state’s schools. He said that there are some districts that began outsourcing jobs about 10 years ago.

Blanton noted that contracts with private firms and school districts vary by district. He also said that most existing district employees are typically added to the payrolls of the private firms and receive similar fringe benefits.

The Volusia County School Board will consider the custodial proposal on Tuesday, February, 12 when it meets again at 4 p.m. The meeting will take place at the School Administrative Complex on Clara Ave in DeLand.

Jobless Claims Drop by 10,000, a Ray of October Sun
Let’s Get Social
Feel like getting in touch or staying up to date with our latest news and updates?
Related Posts
Latest In Work Relationships