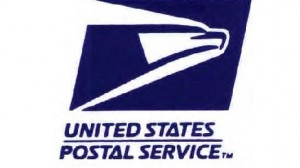 The traditional day off for post offices to celebrate the day of rest may be no more. The Post Office has to stay competitive, and they’ve been aching, after seven consecutive quarters. With the advent of email, letter-writing is becoming somewhat of an eccentric hobby. Meanwhile, the U.S. Post office isn’t fairing so well against such rivals as FedEx and UPS.

“If you’re an Amazon Prime member, you can order a backpack for your child on Friday and be packing it for them Sunday night,” said Dave Clark, Amazon’s vice president of worldwide operations and customer service, as written Monday’s press release, and as reported by CNBC.

This illustrates the simple law of compensation: when a business starts to tank, it grows desperate, and forfeits its principles. Naturally, all those who work there must follow along and pick up the slack.

Offering something that FedEx, DHL and UPS doesn’t offer might inspire those others to develop similar policies, and in the long run, who knows but Sunday off may be a thing of the past for the parcel delivery.

This is a heads-up for job seekers. You are heading into a job market in which all the “less-than-best” workers have been in effect sweated out and dismissed, and those remaining are expected to pick up the slack, and compromise traditional values such as Sunday off. You are joining a hirer’s market, and must be willing to do more for less pay.

So do it, gladly, and with gratitude. When the tables turn you will have established yourself as a worthy worker, and will be in a prized position in the worker’s market.

Employment Struggles in Horry County, South Carolina
Let’s Get Social
Feel like getting in touch or staying up to date with our latest news and updates?
Related Posts
Latest In Work Relationships