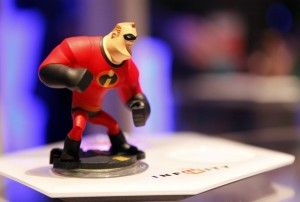 A round of layoffs at Disney Interactive could come as soon as this week, according to the Los Angeles Times.

The division of Walt Disney Co. lost more than $200 million per year from 2008 to 2012 and is working through a transition right now.

Co-president John Pleasants left the company in November only a couple of months after it launched the highly successful video game Disney Infinity.

Sources close to the situation have said that several hundred people will be laid off by the company.

This will not be the first round of layoffs at the division either. In January of 2013, there were 50 jobs cut and Junction Point Studios in Austin, Texas was closed. In January of 2011, Disney closed Propaganda Games, laying off some 200 people.

The California Employment Development Department said that it had not yet received notice of layoffs by Disney for 2014. A law in the state requires companies larger than 75 employees to notify the state if they plan to lay off 50 or more workers.

The Disney Infinity game, released in August, has been a huge success for the company. It costs Disney $100 million to make, but has sold more than 3 million copies so far.

PA Governor Corbett: State Lacks Will to Pass ‘Right-To-Work’
Let’s Get Social
Feel like getting in touch or staying up to date with our latest news and updates?
Related Posts
Latest In Work Relationships