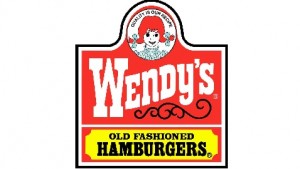 Fast-food strikes have so far been ineffectual, as you might expect, as their demands are not modest. They want to more than double the minimum wage, bringing their hourly age up from $7.25 to $15 an hour. But they won’t stop shooting for the moon, and they may be coming to a city near you. Thousands of workers may heading out and setting up their hopes, for decent wages.

Discouraged job-seekers sometimes spend their agitated months looking for a job wondering “at what point should I just give up and get a job at McDonald’s? ” Well for $31,000, “would you like fries with that,” doesn’t sound so annoying a phrase to repeat.

But one problem these strikes lack is that they are ill-organized. They announce days in advance for a nation-wide strike, only for managers to staff around it. Turnout for strikes has been low. The organized strikes are a bit too obvious, and not costing such franchises as McDonalds, Wendy’s and Taco Bell all that much. Furthermore, they are asking for too much. $15 an hour? “That would potentially have a negative impact on employment and business growth in our restaurants, as well as value for our customers,” said McDonald’s.

Fast food would cost much more if employees made over twice as much. Fewer would buy, fewer employees would be hired. And job-seekers would cease dreading having to work for fast-food as a last-ditch effort – there would be no work in it.

Who is Edwin Schaap and Why Should you Care?
Let’s Get Social
Feel like getting in touch or staying up to date with our latest news and updates?
Related Posts
Latest In Work Relationships