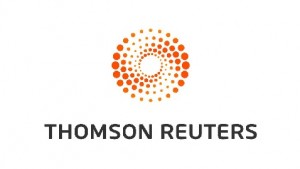 Though finally having turned around their sales, making the first profit in years, with the new sales of its financial terminals outweighing cancellations, Thomson Reuters nevertheless announced on Tuesday that they will cut 3,000 jobs to cut costs. This is good news for stock holders, naturally enough, as Thomson Reuters is juggling around its multifaceted business to handle the difficult market, but of course necessarily bad news for the 3,000 who will be denuded of their jobs.

“Clearly what we are seeing is progress in the turnaround efforts at Thomson Reuters,” said Piper Jaffray analyst Peter Appert, as reported by Reuters. “Getting back to positive net sales was significant.”

He also added that “It’s not out of the woods, but it’s definitely moving in the right direction.”

Chief Executive Jim Smith agreed saying, “I think everybody in the world is trying to do more with less,” a euphemistic way of saying, they are firing as many people as they can get away with, and downloading the extra work on those stout and hapless folks who were by the mercy of God retained.

Such a situation naturally chokes the job-seekers seeking an inlet into such companies, and economic growth remains tepid, though not quite stagnant, and we keep inching in the right direction.

Procter & Gamble to Shed More Jobs
Let’s Get Social
Feel like getting in touch or staying up to date with our latest news and updates?
Related Posts
Latest In Work Relationships