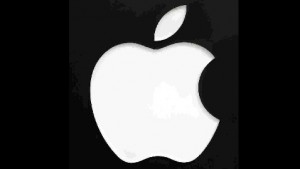 The American Sage Ralph Waldo Emerson wrote: “[The Law of Compensation] writes the laws of cities and nations. It is in vain to build or plot or combine against it. Things refuse to be mismanaged long. Res nolunt diu male administrari. Though no checks to a new evil appear, the checks exist, and will appear. If the government is cruel, the governor’s life is not safe. If you tax too high, the revenue will yield nothing. If you make the criminal code sanguinary, juries will not convict. If the law is too mild, private vengeance comes in.” How does this apply to the notoriety Apple has gained lately, having effectively evaded paying taxes by pretending to have offshore companies in charge of their taxes? It is claimed that our 35 percent federal corporate tax is the world’s highest, and this has inspired a lot of creative effort to go not into Apple’s product development, but instead into their accounting.

Creative accounting is the reason CFO’s make multimillions a year. The U.S. has $1.6 trillion held “permanently invested overseas” that doesn’t come back to the U.S. and thus avoids the 35 percent tax. That is, places like Apple have $102 billion technically in Irish subsidiaries, though they control it from the United States. “Overseas” and “returned to the states” become fictions whereby the tax is avoided. That’s money not going into fresh hires.

How much tax is being avoided? Companies like Microsoft, Hewlett-Packard, and Google combined have avoided $42 billion in tax, about half how much our government has cut in spending this year to answer the fiscal cliff. That’s tax money that doesn’t benefit the country that allowed such innovative companies to take off in the first place.

Apple tracks their bookkeeping in Austin, Texas, and the funds are held in bank accounts in New York City, yet they don’t pay into taxes like you or I.

Apple seems to think the 35 percent tax is unfair and has asked with 20 other major corporations for a “repatriation holiday” as in 2004 when taxes were lowered to 5.25 percent. This, they claim, would increase investment and hiring. But it didn’t in 2004. It was found in a study by the National Bureau of Economic Research that 92 cents to the dollar went into dividends, stock buybacks, and executive bonuses, as the New York Times reported. In fact, thousands were laid off at the time.

“The offshore companies are a fiction and the statement that the money is offshore is a fiction,” said Edward Kleinbard, a former staff director for the Congressional Joint Committee on Taxation. “What they are asking for is a reward for having gamed the system.”

Indeed, if such giants as Apple and Google are not interested in paying back into the system that allowed them to exist in the first place, what can this be but a major ingratitude? If we want to see economic growth and fresh hires, it might require a different tact.

Fed Changes Capital Standards of Banks to Prevent 2008 from Recurring
Let’s Get Social
Feel like getting in touch or staying up to date with our latest news and updates?
Related Posts
Latest In Work Relationships