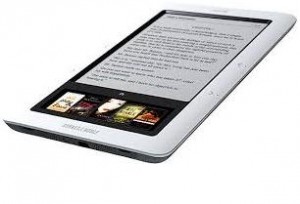 Amid struggles for the Nook e-reader, Barnes & Noble announced that it has laid off members of its engineering staff that works on the e-reader, according to CBS News.

An initial report from Business Insider Monday said that Barnes & Noble had fired its Nook hardware engineers. The company said that this report was not accurate. There were people who lost their jobs, with the New York Times reporting that 100 people were laid off.

“As we’ve aligned Nook’s cost structure with business realities, staffing levels in certain areas of our organization have changed, leading to some job eliminations,” said spokeswoman Mary Ellen Keating in an emailed statement. “We believe we have a strong management team in place at Nook, having recruited significant new talent.”

For the nine-week holiday season, Barnes & Noble reported sales of $125 million in sales for the Nook. This amounts to a 60-percent drop from one year ago. The decline can be attributed to fewer Nook e-readers sold and lower prices for the e-reader.

CEO Michael Huseby said on Monday in a statement that sales dropped for the Nook because the company decided not to unveil a new device. The company instead decided to sell from the inventory it already had in place.

“We see BKS (Barnes & Noble) taking steps in the right direction — right-sizing the expense structure of Nook in an attempt to regain profitability,” Stifel Nicolaus analyst David Schick said in a letter to Reuters.

“The book business is really quite solid,” John Tinker, an analyst for the Maxim Group, told The New York Times. “People are still going to the stores. But you’ve got to stop the hemorrhaging at the Nook.”

Lockheed Martin Relocating Jobs to Fort Worth, Texas from Marietta, Georgia
Let’s Get Social
Feel like getting in touch or staying up to date with our latest news and updates?
Related Posts
Latest In Work Relationships