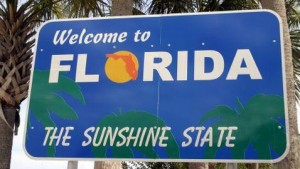 According to The Republic, the unemployment rate for the state of Florida hit 8.7 percent in the month of September. The rate, which is seasonally adjusted, is almost one full percentage point higher than the national average, which sits at 7.8 percent. In the months of July and August, the Florida unemployment rate was 8.8 percent.

“These numbers tell us two things,” Florida Gov. Rick Scott said. “We still have more work to do to grow our economy and we are heading in the right direction.” Scott is counting on the creation of new jobs because he promised he would create 700,000 new jobs if he is re-elected.

The jobs numbers in Florida will surely be political fodder in the coming month, much like they are in the race between President Barack Obama and Republican candidate Mitt Romney. Romney said that he will work towards creating 12 million new jobs if he is elected to the White House.

Will Weatherford, the incoming Florida House Speaker and a Republican from Wesley Chapel, issued a statement that blamed Obama for the slow jobs recovery in the state of Florida not long before the jobs report was released. The statement was pretty much against what Scott has been claiming, that the unemployment data in the state has been improving.

The difference in opinions were highlighted in a United States Senate debate featuring United States Senator Bill Nelson and United States Representative Connie Mack. The two talked about the economy for the state of Florida. Nelson said that Florida is slowly recovering while Mack said, “I’m not sure which Florida you’re talking about.”

When Scott was asked Thursday about fellow Republican Mack’s comments, he said that Mack was not wrong but “our state is headed in the right direction. I know the facts I’m talking about.” Scott is not due for re-election for another two years.

For the most part, a large part of the employment outlook in Florida has not changed. Monroe County has the fewest number of unemployed residents while Hendry County and Flagler County have the highest number of unemployed residents. Out of all the counties in Florida, 12 of them reported unemployment rates in the double-digits for the month of September. This number is a decrease from the 16 counties that reported double-digit unemployment rates in the month of August.

Minimum Wage Strikers May Be Wrong

Why You’re Not Getting Any of those Finance or Customer Service Jobs
Let’s Get Social
Feel like getting in touch or staying up to date with our latest news and updates?
Related Posts
Latest In Work Relationships