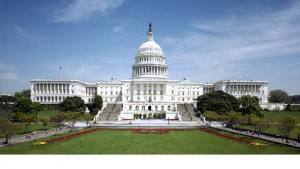 Government spending is still incredibly high, with outlays totaling $2.427 trillion from October through May, in comparison with $2.408 trillion a year previously, and yet the government is managing the smallest budget deficit in five years. How so? With the higher taxes, an improved economy, and with more people hiring, we are giving more money into the government. Its deficit spending will be at the lowest in five years.

It feels like its been a long time since 2008 when the deficit was last under $1 trillion. But now it is expected to fall to $642 billion for the this fiscal year, and down to $378 billion in 2015, as Congressional Budget Office projections predict. We are achieving this with the aid of a higher tax rate for households that make more than $450,000 and have stronger incomes, and also with a stronger economy that is slowly nosing up, with more people employed now than in past years, though the structure of employment has shifted somewhat, so that the middle class has shrunk, and lower paid employment has grown.

There have been some complaints that the current fiscal situation is not addressing long-term problems such as Social Security and health-care programs.

“Indeed, the main source of upward pressure on the deficit in the long run – entitlement spending – has not been addressed at all,” said Jim O’Sullivan, the chief U.S. economist at High Frequency Economics, as reported by the Wall Street Journal.

Perhaps as hiring improves, in the future we might see shrinking occurring in deficit spending, which could surprise everyone.

38 Percent of Americans Get No Paid Sick Days
Let’s Get Social
Feel like getting in touch or staying up to date with our latest news and updates?
Related Posts
Latest In Work Relationships