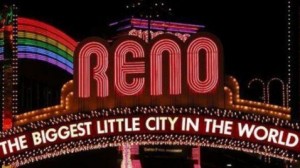 Sometime after the holiday season, thousands of long-term unemployed residents of Nevada will lose their jobless benefits as the federal emergency stop-gap program expires, according to a story in on CNBC Wednesday.

The cutoff date is January 2, which means 25,000 residents will lose those extended unemployment benefits, according to the Department of Employment, Training and Rehabilitation. If Congress does not vote to keep the program alive, an additional 1,000 claimants will be removed from the program each week after the cut date.

Harry Reid, a Democratic Senator from Nevada, said in a statement that he is in support of extending federal jobless assistance. Reid is the Senate Majority Leader. He said that it is “an important component of our economic recovery.”

“Many hard-working Nevadans remain out of work through no fault of their own,” Reid said in an email he sent to The Associated Press. “We can continue our economic recovery by first making sure it doesn’t fall back into recession.”

A spokesperson for Senator Dean Heller, a Republican from Nevada, said that Heller has a history of going to bat for those who are unemployed “and will closely evaluate any proposal that extends unemployment benefits.” In previous years, Heller has supported the extension for unemployment benefits and also said that he believes the government should offer a safety net for those who are downtrodden.

The unemployment program from the state of Nevada provides those who are unemployed with 26 weeks of benefits. In the middle of the recession in 2008, Congress activated federal assistance to help those hit the hardest, such as the state of Nevada, with as many as 99 weeks of jobless benefits.

The program, known as emergency unemployment compensation (EUC), has been pulled back a bit as the economy has improved ever so slightly. The number of weeks to receive unemployment benefits was dropped to 79 in July. The total was then dropped to 73 in September.

“The last week payable for EUC benefits is Dec. 29, which means those claimants on EUC will stop receiving benefits even if they still have balances remaining on their claims,” said Renee Olson, administrator of the state Employment Security Division. “In the past, claimants have been allowed to continue receiving benefits through the end of the tier they were in.”

“We understand the severity of this situation and sympathize with our citizens who are still having a difficult time finding employment,” said DETR Director Frank Woodbeck.

Unemployment Dips to Second Lowest in 5 Years: But Dare We Hope?
Let’s Get Social
Feel like getting in touch or staying up to date with our latest news and updates?
Related Posts
Latest In Work Relationships