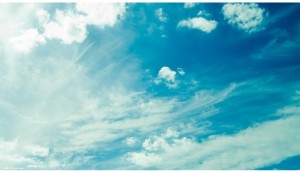 More good news on the improving job market. We’re not seeing miracles, but we are seeing improvements as the economy added 175,000 jobs last month, up from 155,000 the previous two, we as the spring swoon lifts and a figure at the level of the average these last 12 months sets n – certainly boon, but not so good that the Federal Reserve will cease to artificially bolster the stock market by purchasing bonds. So while the Fed is still in and while jobs are still up, it’s a great stock market, mirroring, in its heights, the highest-in-years consumer optimism for the economy. People are hiring. And what’s more, more people are looking for jobs. That’s why unemployment actually went up this last month, reaching 76 percent. The statistic measures how many people are unemployed, and to be considered unemployed you have to be in the market to begin with – you have to be looking.

With the Dow Jones leaping 200 points and the increase in hiring, we could just smile and whistle relief, but bear in mind that 60 percent of new jobs are in lower-paying fields such as temporary work. We are seeing a change in shape in the economy: even if more people are working than a year or two ago, most of those people are under-earning. The jobs we’ve lost, and the wealth we’ve lost, remains lost, that hasn’t returned; our optimism and enthusiasm should definitely qualify itself in this regard.

“It’s hard to get meaningful income growth with these kind of jobs,” said Mark Vitner, an economist at Wells Fargo.

Yet our optimism need not be dashed. “Job growth is still a bit weaker than desired, “admitted Russell Price, economist at Ameriprise Financial, but the persistence of job gains “is a testament to he economy’s much improved underlying fundamentals,” and we can expect to see more of the same moving forward.

Home Prices Rose Most Drastically in 7 Years this April
Let’s Get Social
Feel like getting in touch or staying up to date with our latest news and updates?
Related Posts
Latest In Work Relationships