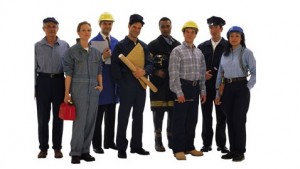 More good news for the job market, as the Labor Department has revealed Thursday that the number of initial claims for state unemployment benefits declined 12,000 to a seasonally adjusted 334,000. That means less people are making an initial claim for unemployment than we’ve seen since pre-recession times in 2007.

This is a sign that employers are ceasing their cycles of layoffs, and it also shows that Washington’s austere fiscal policy this year has not caused more employers to make layoffs. Government austerity is consonant with financial prosperity.

For this reason, Fed Chairman Ben Bernanke said the U.S. central banks practice of buying $85-billion in bonds each month could perhaps start tapering off as the economy gains momentum. He said the issue could come up in one of their “next few meetings.”

The pattern suggests, perhaps, a government that leaves more to the market, a market that is beginning to believe in itself once again, and the final withdrawal of the central bank stimulating the market and perhaps the prosperity of a pre-recession market. When this will come nobody can accurately predict, but that it is coming seems certain. More employers are hiring, and fewer are laying off their workers, a sign and symbol of our national resiliency.

Coursera Online Education Exploding!
Let’s Get Social
Feel like getting in touch or staying up to date with our latest news and updates?
Related Posts
Latest In Work Relationships