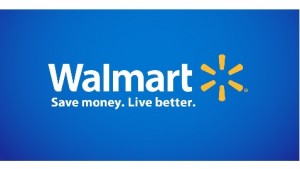 Wal-Mart, characterized as an evil empire by some of its critics, seems to be picking up more criticism than it deserves from Making Change at Wal-Mart, a group of advocates looking to control the corporate giant. As the largest corporation in the world, they are a prime target for attack, especially considering that they pay low wages to many of their employees. That does not mean they are as bad as they are made out to be. For instance, the criticism that most of the $2 million they’ve spent influencing the last federal elections went to conservatives and such candidates as opposed a raise in minimum wage and supported freedom to buy guns (which Wal-Mart sells), overlooks the fact that they’ve mixed the donations made by the Walton family (its owners) and what the corporation itself has donated.

In fact, the corporation donated 40 percent of its money from the Political Action Committee to democrats, not nearly such a stark picture of conservative control as nay-sayers make it out to be. And as for the family, they are free to donate as their conscience dictates.

Now that the Supreme Court’s 2010 Citizens United decision allows companies and individuals to make unlimited contributions to groups supporting political candidates, we might see something more like a plutocracy going on. We are expected to threaten places like Target with backlash for supporting a group that is critical of gay rights. Vote with your money: is this the new way of government? It would be unfortunate if voting and economy become so interlinked that we shopped at a given store because we happen to share their political leanings. As there is a separation of church and state, there should be a separation of economy and state as well.

In this, Wal-Mart continues to be a high hirer of low-paid workers – the biggest for minimum wagers – but it is not evil for all that, and can donate its money as it sees fit. However, with unlimited backing allowed for candidates, running for office becomes a sponsorship, and politics can get contaminated.

False Information on Resumes a Common Occurrence
Let’s Get Social
Feel like getting in touch or staying up to date with our latest news and updates?
Related Posts
Latest In Work Relationships