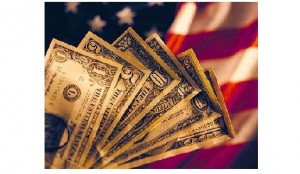 The U.S. Economy grew 1.7 percent in the second quarter, a bit faster than expected, but still below 2 percent. What we are seeing is a slowly growing economy, and that’s good news, even if nothing stellar like a rocket ship redemption makes all our troubles go away. Unemployment is still at troubling levels, but we are doing better than the first quarter of 2013, with its mere 1.1 percent increase, as the Bureau of Economic Analysis corrected it to be, and the rest of the year is expected to do even better.

“It was a reasonable performance,” said Ian Sheperdson, chief economist at Pantheon Macroeconomics. “In the long run, it’s not enough, but I’ll take growth wherever I can get it.”

Not enough, perhaps, if we expected something spectacular, but a slow and steady gain is something we can bank on, and a good indicator that we are doing better than expected is that the Federal Reserve Bank will probably be easing up on their stimulation of the economy as early as September, or as last as December, but sooner than expected, due to the gaining confidence of the market. Unemployment is expected to slowly improve as well.

For instance, personal consumption rose 1.8 percent despite the payroll taxes that affects us all as of the beginning of 2013. We’ve never been taxed so much, and government spending is down, but we seem to be doing well, economically, as well as to be expected. Job seekers can continue to pursue their efforts with the cheer that things are getting better, slow and steady – as well know wins the race.

NASA to Cut Jobs at Glenn Research Center
Let’s Get Social
Feel like getting in touch or staying up to date with our latest news and updates?
Related Posts
Latest In Work Relationships