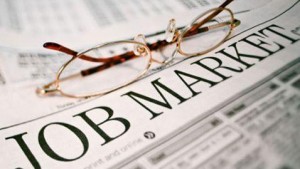 According to the jobs report, which was released on Friday morning, the economy added 146,000 jobs in November, which were much more than what economists believed would be added.

The Labor Department released the data on Friday and it said that the unemployment rate dropped to 7.7 percent, which was the lowest number in four years. The reason for the drop, as stated in a report from the New York Times, was that the number of people who have stopped searching for work has increased. Those people are not counted in the unemployment rate.

The retail industry added 53,000 jobs, most of them because of the holiday shopping season getting into full swing. Over the past three months, over 140,000 jobs have been added to the retail industry.

The manufacturing industry lost 7,000 jobs in the month of November as demand from Europe and other overseas markets has dropped. The Thomson Reuters/University of Michigan’s index for consumer confidence, which was released to the public on Friday, dropped from 82.7 percent in November to 74.5 percent right now. That percentage is the lowest since August. Bricklin Dwyer, an economist with BNP Paribas, said that the drop in the numbers is due to the arguing in Washington regarding the budget.

“The deterioration in consumers’ future expectations was probably related to increased concerns relating to the political theater surrounding the ‘fiscal cliff’ negotiations,” he wrote in a report Friday.

Economists felt that November’s jobs report was pretty strong and that it showed lesser effects than thought regarding Superstorm Sandy on the job market. The Bureau of Labor Statistics said in its report on Friday morning that Superstorm Sandy did “not substantively impact the national employment and unemployment estimates for November.”

The co-head of global economics at Bank of America of Merrill Lynch, Ethan Harris, said, “It’s a pretty solid report. It’s consistent with a slow recovery in the job market. It’s encouraging that with the fiscal cliff looming, the corporate sector seems willing to hire even with the worries about what’s going in Washington.”

The chief United States economist for IHS Global Insight, Nigel Gault, said, “It’s not something to get too excited about. The number is 146,000 and the average so far this year is 151,000. We’re pretty much in line with what we’ve been doing.”

If there was a major impact from Superstorm Sandy, it came in the construction industry, which lost 20,000 jobs.