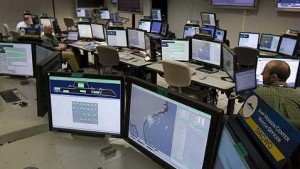 The western third of the United States leads the nation in employment growth because of hiring done by software and mobile application developers and homebuilders, according to a story from the Fort Wayne Journal Gazette. The data was released by Moody’s Analytics Inc. and IHS Global Insight Inc.

The unemployment rate for the state of Nevada dropped 2.4 percent for the year that ended in November of 2012, down to 10.8 percent, but it is still the highest in the country. In the same period, the unemployment rates for Hawaii, Arizona and California have dropped by at least one percent.

Lee McPheters, a research professor and director of the JPMorgan Chase Economic Outlook Center at W.P. Carey School of Business at Arizona State University, said that of metropolitan regions with one million or more workers, those areas in the West led job growth in the year ending in November. The list was led by Houston, which was followed by Phoenix, Denver, Seattle and San Francisco.

“We view the West as the nation’s most dynamic growth region,” McPheters said in an email to the newspaper.

McPheters said the states that will be the strongest in the West region for job growth and in the top 10 across the country in 2013 will be Arizona, Utah, Texas, Washington, Colorado and California. McPheters also noted that Texas and California will each add one million jobs over the next five years. This total will be more than any other state in the country.

“The West has been outpacing the rest of the U.S.,” said Eduardo J. Martinez, senior economist at Moody’s Analytics in West Chester, Pa. “Labor markets crashed when the housing market crashed. Now we are seeing signs of housing prices and permit issuance swing from neutral to positive.”

People looking for jobs in Washington and California have found them in mobile technology, electronic commerce and social networking.

“Tech certainly is a driver for California,” said Gary Schlossberg, a San Francisco-based senior economist at Wells Capital Management Inc. “It’s one of the most dynamic areas. Just look at the rents, and the restaurants at night, it’s all being driven by tech growth and the spillover from that. We have these nodes throughout the region where innovation is concentrated and not just Silicon Valley.”

New Study Finds What the Recession has Done to Our Happiness

Bad News for the Economy
Let’s Get Social
Feel like getting in touch or staying up to date with our latest news and updates?
Related Posts
Latest In Work Relationships