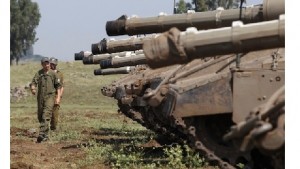 With the globalization of the economy announced so magnificently with the 2008 Recession, which was not regional, which was not national, but which included everybody, we got an object lesson in the fact that that the world is consolidated, and we can see, through the science of statistics, how obscure laws and events effect seemingly unrelated fields. Take, for instance, the stock market. After Britain announced they would not join the U.S. in a military strike against Syria for using chemical weapons against civilians, the U.S. was in a way demoralized. This resulted in Standard and Poor’s 500 index falling to its worst monthly showing in over a year. As a Western strike against Syria became less certain, so did the market, and we come to see yet again how mere attitude and sentiment can shape the course of the market, which affects, of course, job-seekers in their plight for gainful employment.

The interrelated nature of world systems, the seemingly metaphysical ties between psychological attitudes and world markets, is apparent, once again, in what the Federal Reserve says regarding cutting its huge bond buying program. The program has let the rich get richer, setting investors to trust the market, thus, ultimately, and so it is hoped, opening jobs for the middle class. If a Federal Reserve member so much as coughs a little regarding when the program is to end, investors leap and scream, and the market dips. Such is the interrelation between psychology and the hard economic market. Job seekers do their part by remaining stolid, despite the nonsense.