Home  » What Does Government Shut Down Mean for Job Seekers? 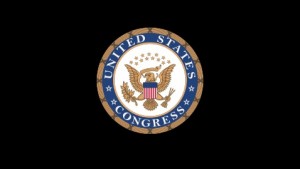 Congress is deadlocked with volatile bipartisan turmoil over what to do with budget spending. And so the government may partially shut down as early as midnight tonight – something it hasn’t done for 17 years. While we might thank Obama for that, really, we should be questioning about the political structure that pits two parties and only two parties in a death grip for fiscal policy. Meanwhile, what does it mean for job seekers?

The shutdown, whether it happens or not, has already shaken investor confidence. The Dow Jones index was down by more than 170 points.

With congress facing a midnight deadline, they have followed a pattern of compromise only at the last minute. This antagonistic political scheme is making investors skittish, and that sends ripples through the market, meaning that we can expect less hiring in the remaining three months of the year.

Said Sam Stovall, chief equity strategist at S&P Capital IQ, the final three months will be hurt in economic growth and it will hurt corporate profitability. Ultimately, and of course, government volatility is not a good boon for the economy. Purists would prefer a separation of government and economy the way there is a separation between government and religion, but as that is not the living world we have to deal with, we can only brace ourselves for some minor set-backs these upcoming months as we persist in our job search.

What Does Government Shut Down Mean for Job Seekers? by Andrew Ostler
Tags: congress, government shut down, investor confidence, investors
Tweet Like Plus Pin It Share

Traders Volatile Over Conflicting Reports: Is the Job Market Improving?
Let’s Get Social
Feel like getting in touch or staying up to date with our latest news and updates?
Related Posts
Latest In Work Relationships