Home  » U.S. Government Must Decide What to do With Fannie and Freddie Now that They’ve Rebounded 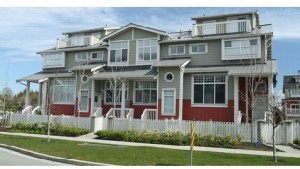 There are three things not to discuss in polite company: religion, politics, and economy. But for purists, those three things should not even be related. There should be a separation between religion and state, American has traditionally believed, after Jefferson made it a central feature of the U.S. government. Others wish there would be a separation of economy and government, but despite such people, who are often libertarians, this simply is not happening, especially after the 2008 Recession. Does the government need to save the job market?

One thing we’ve seen that adds interest to those who subscribe to the Adam Smith view of laissez fairre capitalism is how the government took over Fannie Mae and Freddie Mac after the mortgage fiasco that caused the recession. Under the government’s conservatorship, we’ve seen them completely turn around, and now they are making much more money than before.

“Everyone gets so caught up in their profitability, but everyone forgets  that profitability is tied to their direct government support,” said Jaret Seiberg of Guggenheim Partners.

As with student loans, which have all been but taken over by the government, which dominates 90 percent of the market, so have government-backed loans come to make up 90-percent of all mortgage originations.

Meanwhile, with Freddie and Mae making such a colossal rebound since 2012, and with the Treasury directly collecting on the profits, investors are wondering where their share is. Whether the government is a business in itself, and should compete with business, is debatable. How much intervention is simply meddling? Job-seekers and voters have seen this problem come to a head in the fiscal cliff.

Whether the government can “wind down” Freddie and Mae remains to be seen, but how much federal involvement we want in the economy depends on whether you’re a purist, for one thing, and also on what you view the government to be. Is it there to protect rights or to ensure the economic stability of the nation? As job-seekers we might be pragmatic and go with whatever works, but establishing principles on such matters is the more austere route, even if the results aren’t as immediately dynamic.

U.S. Government Must Decide What to do With Fannie and Freddie Now that They’ve Rebounded by Andrew Ostler
Tags: fannie mae, freddie mac, housing, job market
Tweet Like Plus Pin It Share

Chrysler Announces Jobs and Investment in Indiana
Let’s Get Social
Feel like getting in touch or staying up to date with our latest news and updates?
Related Posts
Latest In Work Relationships