Home  » Technology CFOs the Receive the Highest Compensation across the Board 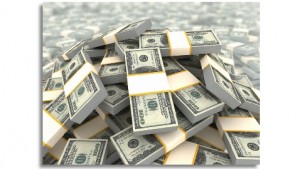 If you want to be rich beyond your wildest dreams, no problem: just become a chief financial officer for some technology company such as Google or Apple. Five of the ten top-paid financial chiefs worked for such companies, and their uncanny canniness at avoiding taxes has earned them loads of dollars. Peter Oppenheimer, for instance, of Apple Inc. topped the list, for his modest help in orchestrating $17 billion in a bond sale. He himself made $68.6 million in 2012.

Facebook’s David Ebersman and Intel Corp.’s Stacy Smith are also among the ten best compensated in the industry – so technology seems to be the way to go.

“They’re a key part of the organization and they’re paid accordingly,” said David Larcker, as reported by Bloomberg. “It would be very surprising if their performance evaluation wasn’t heavily weighted to minimizing corporate taxes. That’s their job.” In other words, we should be more surprised if they didn’t earn $50 million a year.

Well then, what are all these CFO’s up to, anyway? Oppenheimer orchestrated the $17 billion bond sale, the biggest corporate offering in history, which isn’t all that bad. A lot of the rest are evading as much taxes as they can, with Google for instance moving their profits overseas to Bermuda where they don’t have a corporate income tax. Nothing like American based companies not paying taxes into America.

Being paid so highly to avoid paying taxes is really just, says Todd Lippincott, leader of Towers Watson & Co. (TW)’s executive-compensation practice for the Americas. “This is a really complex area [U.S. accounting] and it’s one with a lot of regulatory oversight and legal requirements. Given the complexity, I think it’s no surprise the CFOs are receiving solid” compensation. The tax rate for 2012, excluding Facebook’s, which was high for a one-time charge, averaged about 22 percent, which is probably better than the rate you ended up paying this year.

Technology CFOs the Receive the Highest Compensation across the Board by Andrew Ostler
Tags: apple, cfo, google, high compensation, money, technology
Tweet Like Plus Pin It Share

Tips for Dressing Well for Job Interviews
Let’s Get Social
Feel like getting in touch or staying up to date with our latest news and updates?
Related Posts
Latest In Work Relationships