Home  » Additional 5,000 Jobs to be Cut by Hewlett-Packard 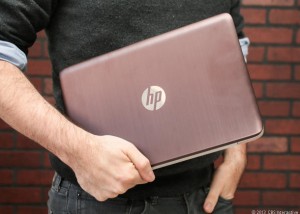 On Monday, Hewlett-Packard announced more job cuts in a regulatory filing, according to Cnet. The job cuts come as part of the company’s plan to turn itself around and improve its operations.

Hewlett-Packard is the largest computer maker in the world and it expects to cut 5,000 jobs. These cuts will come on top of the 29,000 cuts the company planned to make previously. The filing was done with the Securities and Exchange Commission. The original announcement for job cuts included 27,000 in May of 2012, but that number climbed to 29,000 in September of 2012.

“Due to continued market and business pressures, as of October 31, 2013, HP expects to eliminate an additional 15% of those 29,000 positions, or a total of approximately 34,000 positions, and to record an additional 15% of that $3.6 billion in total costs, or approximately $4.1 billion in aggregate charges,” HP said in its annual report. “HP expects to record these charges through the end of HP’s 2014 fiscal year as the accounting recognition.”

There are some 331,880 people employed by the company across the globe. HP expects the cuts to be finished by October of 2014. Cuts made already by the company seem to be aiding HP’s turnaround. The company saw a $1.4 billion fourth-quarter profit on revenue of $29.1 billion.

The cuts were originally filed with the SEC in October, but the company filed again this past Monday.

U.S. Unemployment Benefits Claims Drop to a 5-Year Low
Let’s Get Social
Feel like getting in touch or staying up to date with our latest news and updates?
Related Posts
Latest In Work Relationships