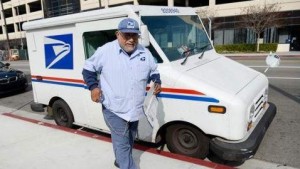 The Federal Times acquired an internal agency document from the United States Postal Service that says the plan to eliminate Saturday mail could eliminate close to 35,000 full-time jobs. That number of jobs is higher than the amount officials announced last week.

Postmaster General Pat Donahoe announced that work hours would be reduced after Saturday mail ends this coming August. Donahoe said that the number of jobs lost would be around 22,500 full-time positions. The document, which was unsigned, is titled “Background/Talking Points/FAQs.” It has a date within February and inside it the agency estimates that 35,000 full-time jobs would be lost. The majority of the agency’s savings would come in the city delivery category.

Mark Saunders, a United States Postal Service spokesman said in an email on Monday that the agency is “working to define the employee impact.” Saunders said that the numbers would range between 20,000 and 25,000 full-time employees. He would not comment on or explain the 35,000 jobs mentioned in the unsigned document. Donahoe said that the majority of the hours being cut will be in the overtime category.

When December came to an end, the Postal Service employed 523,000 career employees. The agency plans to manage the cuts made through attrition, reduced overtime, reassignments and other options. The agency has also said that buyouts are an option, but at this time, reductions in force are not.

Within the plan from the agency, mail delivery on Saturdays would end at the beginning of August, but package delivery would remain. The agency said that it will be able to save some $2 billion per year with the plan in place.

Mike Uehlein, a spokesman at the National Rural Letter Carriers’ Association, said that he was not familiar with the number of lost jobs sitting at 35,000. He did however question the accuracy of the numbers set forth by the agency. Uehlein said that of the 113,000 rural carriers, some 43,000 are part-time, noncareer employees. Most of them deliver mail on Saturdays and as substitutes during the week for full-time mail carriers. Uehlein noted that almost all of those positions could be eliminated.

“A lot of these numbers are just conjecture,” Uehlein said. “They can’t find out until it actually happens how much business that they are going to lose.”

A top official from the National Association of Letter Carriers, which is the union that represents mail carriers in urban areas, said that Donahoe is “purposefully low-balling the jobs impact.”

Jim Sauber, the NALC chief of staff, said that the 22,500 estimate covers just city carriers and not rural carriers, clerks and mail handlers.

Service Companies Experience Slower Than Normal Growth in October
Let’s Get Social
Feel like getting in touch or staying up to date with our latest news and updates?
Related Posts
Latest In Work Relationships