Home  » D.C. to Lead the Nation in Raised Minimum Wage 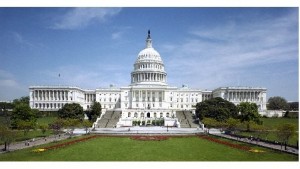 Washington D.C. might soon lead the nation on wage expectations, with their legislation to raise minimum wage up to $10 an hour. Indeed, they’ve strived with various forms of legislation to get it even higher than that, with their Democratic mayor and his council disputing whether they should force Wal-Mart to raise their wage to a “livable” $12.50 an hour. Wal-Mart, in retaliation, pledged to scrap plans to build three of the six D.C. stores if the city went through on that legislation.

So do we want more mediocre jobs or a few higher paying jobs? Do we want 6 Wal-Marts that barely pay, and must be supplemented with government entitlement programs, or do we want 3 stores that pay their employees enough so they have the dignity of self-sufficiency?

It may not be so simple. Raising the minimum wage is not a magic trick where a rabbit is pulled out of a hat. Or if it is, the rabbit must first be smuggled into the hat. Somebody always pays.

This is a lesson Democrats might sometimes forget. Republicans, who structure their political philosophy on business, might lose compassion for those who are not cut out to be businessmen, such as the sick or disabled. Democrats, who structure their political philosophy on charity, might lose insight that men and women don’t thrive on handouts, that the more we parasite from the government, the more we depend on that.

There must as always be some balance cut, so that the truly needy get what they need, but that those who are lazy are made to work to capacity. That we each work to capacity, and keep the money we’ve worked for, is basic capitalistic values. The Communist credo “from each according to his ability, to each according to his need,” is true, only if we admit that a man “needs” to keep what he has earned. Lacking that, he becomes demoralized, and is no longer a quality worker, producing value from value.

The minimum wage question therefore isn’t a simple question of “more is better,” as if the money were coming from nowhere. Somebody always pays. There is no free lunch, no free money, but always ask who funded the charitable actions and at what cost it comes.

Keeping up with inflation seems natural and useful, if one is to have a minimum wage in the first place. At least keeping the minimum wage at the same minimum, once inflation has been accounted for, is fair and consistent.

Arizona Mine Could Cut 400 Jobs
Let’s Get Social
Feel like getting in touch or staying up to date with our latest news and updates?
Related Posts
Latest In Work Relationships