Home  » Gulfstream Adding 100 Jobs in Georgia Due to Expansion 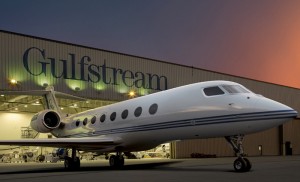 On Tuesday, Gulfstream Aerospace Corp. announced that it is planning to expand its offerings in Brunswick, Georgia, according to the Associated Press. Gulfstream manufactures jets and is expecting to add 100 jobs to its service center in the Georgia city.

The company operates in headquarters in Savannah, but it will build a $25 million facility that totals 110,000 square feet. The facility will be used for repair, overhaul and maintenance. The company already has 200 employees in its service center in Brunswick. At its finishing center, the employees install entertainment systems, furniture, and other items into the aircraft in manufactures

In 2013, there were 150 planes worked on by the employees of the company in Brunswick. Mark Burns, the president of product support at the company, said that Gulfstream saw record service demand from its customers across the globe.

“The growth of our fleet has increased the demand for aircraft maintenance and refurbishment,” Burns said. “Expanding in Brunswick keeps us well-positioned to continue to provide the best customer service and product support available.”

The groundbreaking for the new facility in Brunswick is scheduled for this year and the project should be finished by May of 2015.

Georgia Governor Nathan Deal said that he is pleased with the announcement, saying that it will have a “significant economic impact” on the city. There are roughly 9,400 employees at the company’s headquarters in Savannah.

Over the past three years, Gulfstream has added 2,500 jobs as it is in the midst of a $500 million expansion in the Brunswick region.

Over Half States Lost Jobs in July
Let’s Get Social
Feel like getting in touch or staying up to date with our latest news and updates?
Related Posts
Latest In Work Relationships