Home  » Bad News for the Economy 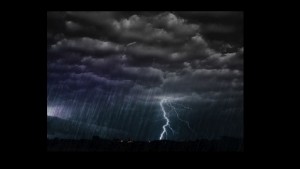 The stats are finally in for September —  the Labor Department delayed them after the government shutdown fiasco — and what we see is that before the shutdown things were worse than expected. Employers added only 148,000 of an anticipated 180,000 jobs. Growth is weak. And not only that, with the government shutdown that furloughed hundreds of thousands of workers for 16 days, our next report will also be bad. Job seekers are encouraged to hang tight.

“The report showed the economy had less momentum going into the government shutdown” than the experts had anticipated, said Mark Vitner, a senior economist at Wells Fargo.

Why it is worse than expected related in part to the sequester the government put in place to handle the fiscal cliff of 2012. Government spending is down to stop the gush of blood also known as federal spending. This means that not only are there fewer federal jobs, but private businesses are less comfortable hiring.

Job growth has not quite equaled what is called for to alleviate the 8 million part-time workers seeking new jobs, or the 11.3 million completely unemployed individuals.

“The trend is in the wrong direction,” said Robert B. Reich, a public policy professor at UC Berkeley.

Some of the biggest losses came in the leisure sector, losing 13,000 jobs, and this with less people feeling comfortable splurging; another 7,000 were lost from restaurants; and the healthcare industry, meanwhile, is only cautiously hiring, with 6,800 added, in consideration of the economical muddle of Obamacare, which is making hospitals nervous to hire new workers.

We are right to be somewhat discouraged at this point, but the job seeker who makes it persists despite a stumbling economy. Persistence is success. We have the hope the economy will find its way, despite plateaus and dips, because, after all, it always has been able to rebound, and to suspect anything else would only feed, not alleviate, the problem.

Governor of South Carolina Does Not Want Union Jobs in the State
Let’s Get Social
Feel like getting in touch or staying up to date with our latest news and updates?
Related Posts
Latest In Work Relationships