Home  » A Third of Americans Plan Never to Retire 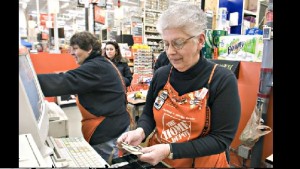 The latest study from Wells Fargo discovered that a full 37 percent of middle class Americans expect never to retire, but to “work until I’m too sick or die.” Such is the economical discouragement of America, despite years of a gradual improvement of the economy.

Paying bills was the top day-to-day concern of those interviewed, with 59 percent reporting so. 42 percent said that saving and paying bills was impossible.

The annual Wells Fargo Middle Class Retirement study is conducted over the phone and polls 1,000 Middle Class Americans aged 25 to 75. Their report was released this Wednesday.

“There were a couple of points I found shocking or troubling,” said Laurie Nordquist, who heads Wells Fargo Institutional Retirement and Trust. “One is the increase in the number of people who say paying bills was their top day-to-day concern.”

What should you as a job seeker do about this? Whatever your income, it is important to have a plan. 45 percent of those interviewed said they had too few assets to make a plan, but as Nordquist said, “Everyone needs a plan, regardless of income level.”

Having a plan gives promise, and this is relevant no matter what your source of income, or how little you have of it. It can also help you decide what your next job should be.

Sequestration is Costing Us 1.6 Million Jobs

Minimum Wager Earners Have Lost the Most in the Recession
Let’s Get Social
Feel like getting in touch or staying up to date with our latest news and updates?
Related Posts
Latest In Work Relationships