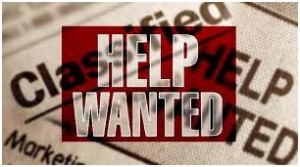 With some 2,026,000 people employed in December, the state’s Department of Employment and Workforce called 2013 a banner year for employment.

“Having more South Carolinians employed than at any other time in our state’s history didn’t happen by chance – it’s the direct result of Team South Carolina’s strategic effort to recruit and expand businesses in every corner of our state,” Haley said.

The downside of this report is that the employment figures do not correlate with the unemployment rate. The unemployment rate accounts for people who do not have a job and are looking for one. Due to the larger population in the state, more jobs are needed.

The jobless rate during Haley’s tenure as Governor has dropped, but it is still double the all-time low hit in 1998, which was 3.2 percent. The data does not take into account that there were 252,000 fewer people in the workforce back in 1998. The data from the U.S. Bureau of Labor Statistics says that the jobless rate in South Carolina stayed below four percent in 1998 and 2000.

Doug Mayer, a spokesman for Haley’s office, said that the growth rate of employment is beating out the growth rate of the population. From January of 2011 to December of 2013, payrolls in the state improved by 4.3 percent, or 84,300 people. The BLS data shows that there was a 3.7 percent increase during the same time in the number of residents who are of legal age to work. This adds another 132,500 people to the count.

AEP in Ohio Cuts 123 Jobs
Let’s Get Social
Feel like getting in touch or staying up to date with our latest news and updates?
Related Posts
Latest In Work Relationships